It’s been a while! I’m almost done with my exams, just one more to go on Friday!

I came across this tutorial on how to make a drawstring bag one day. It seemed relatively simple to do and would produce a rather nice-looking result. However, seeing as I don’t own a sewing, I tried it out using just hand-sewing.

Seeing the bag reminded me of a game I play a lot, still to these days, called Animal Crossing. In that game, money is called Bells and they come in either coins or bags. Bell bags! I modified the design a little to make a bell bag. I also used slightly different materials.

My materials consisted of felt for the outer layer, and satin fabric for the lining. I sewed a black felt star to the outer layer. With the fabric lining, I had to seal the edges with PVA glue to stop the fraying. This fabric tears really easily! 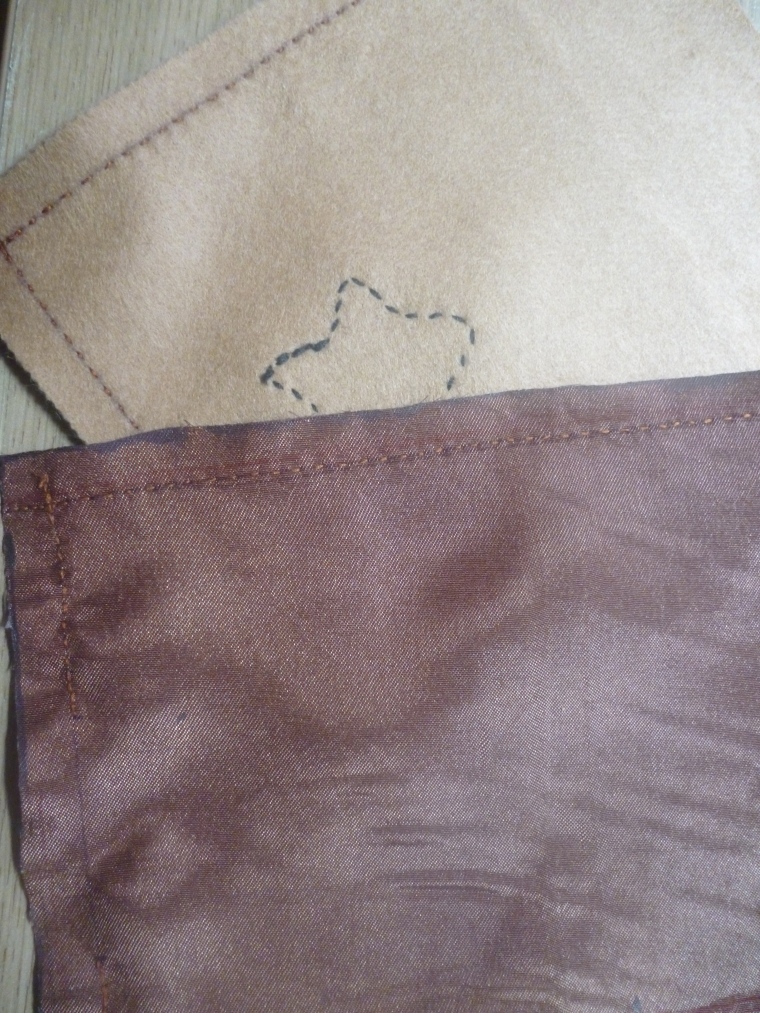 The tutorial has a curious way of attaching the lining to the fabric, but the result is nice. You have to sew the lining in a way so that it leaves a gap on the bottom. Then, when the two parts are sewn together, you pull the bag inside out and sew the gap closed. This means that the lining can be pulled out still, but all of the sewing of the lining is hidden. It’s great! 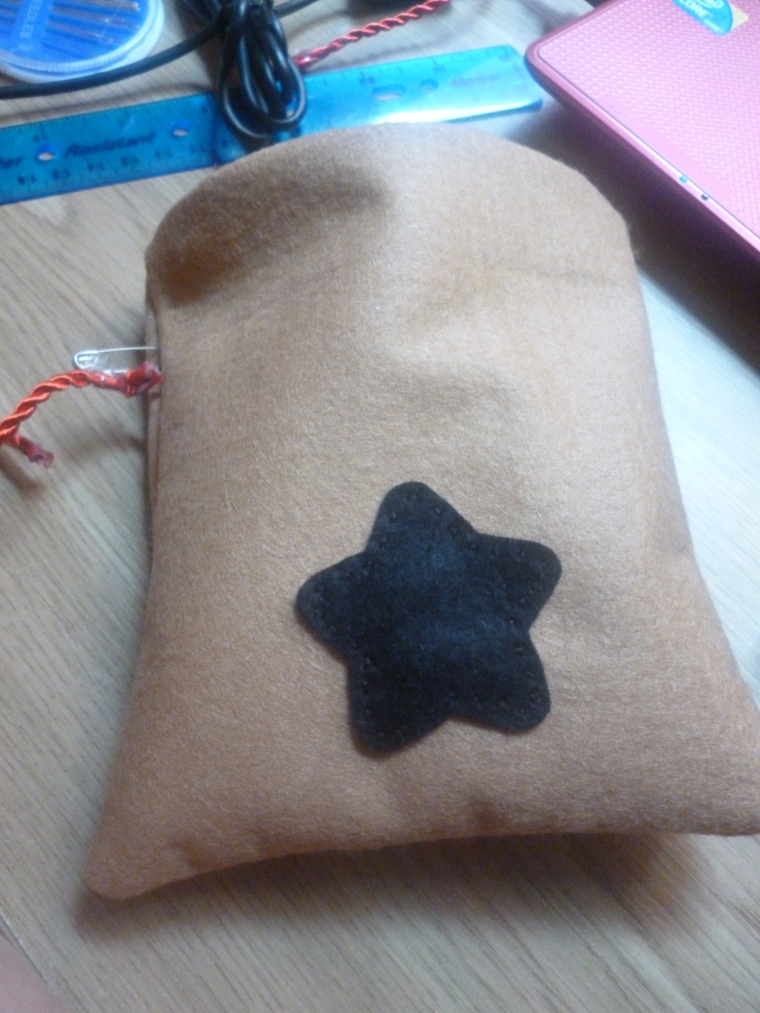 The final touches are to add sewing for the drawstring itself. I ended up miscalculating how much space would be needed, so the lining looks a little messy, but I persevered in the end. For added effect, I put two gold bells inside the bag and stuffed it with toy stuffing. This one I might not use for everyday life.

The corners are pointier than the actual Bell bag, so I’m gonna try and make another one, but this time to my own design, rather than copying the template given! Next time, I’ll make the corners rounder, enlarge the space for the cord, and trap the bells in-between the lining and the fabric rather than have them inside the compartment itself.