I bought these packs of holographic star paper on two separate occasions, and upon realising that they had the same pattern, I thought I would put them all into the same jar.

A note about star paper though; avoid holographic paper if possible! Usually, the paper is made of a white strip and a foil strip stuck together. In the process, the foil strip is usually peeled off and it gets horribly messy to work with. I had to glue some of the strips together at some points. Never again! 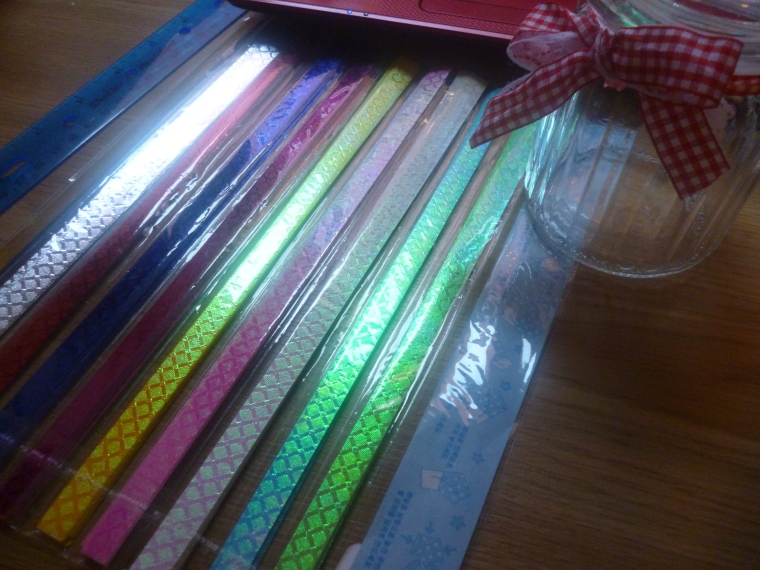 I bought this jar from a shop called Evolution, it’s a pretty shaped jar that has a very secure lid and the jar had this set of ribbons on it. I untied it and added a hole-punched love heart shaped card and a pin with two imitation pearls on it. 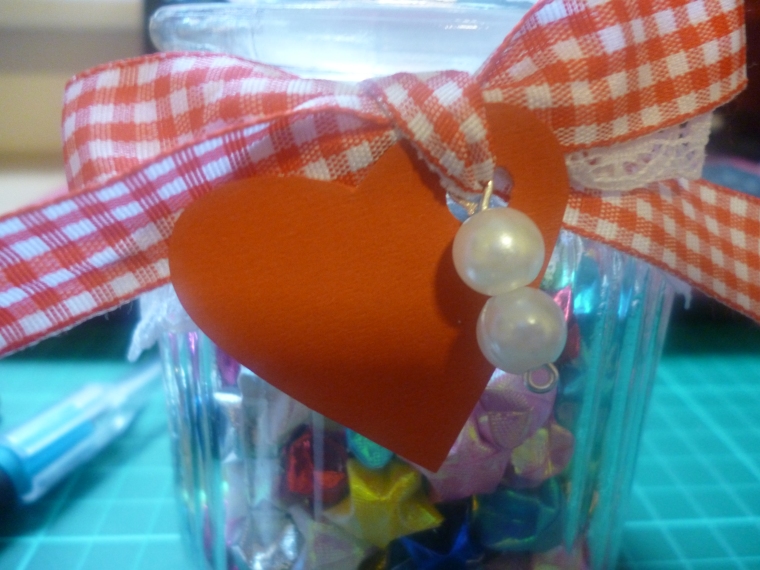 Sometimes, drawing pictures with your stars is cool too! 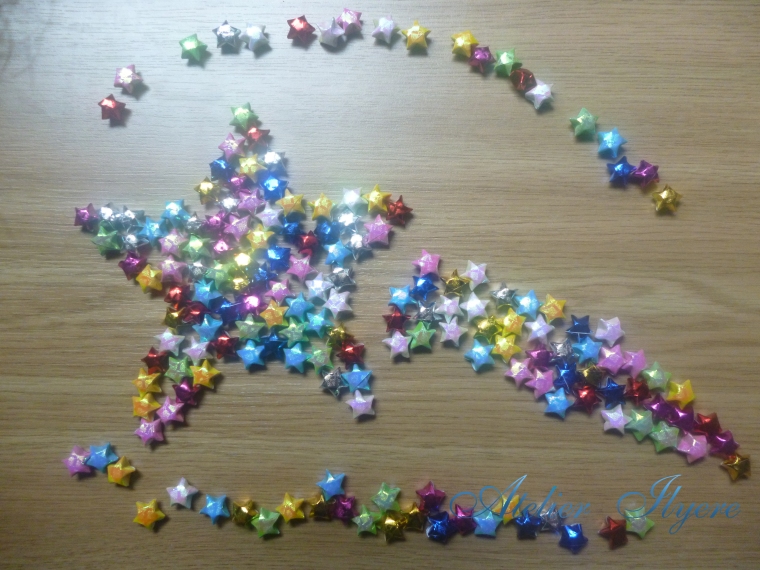