When I was in Cambridge, I came across a small fabric and haberdashery store called CallyCo. I wonder if many people knew about it? Since further along the street and in the more populated area is a Cath Kidston store, a very well-known store for cute items and sewing materials. I liked visiting both stores to see what they had. Cath Kidston sells mostly items and clothing branded with their patterns, whilst CallyCo sells typical haberdashery materials such as loose buttons, various fat quarters, etc. If you were to walk a bit further, you’d find John Lewis in the Lion Yard shopping centre, who also has a large haberdashery section. Cambridge is quite wonderful for crafty people!

Anyway, this shelf was acquired from CallyCo. It’s a small wooden shelf with metal clips to display it on a wall, and comes with three small jars. I have a feeling these jars were meant for storing loose materials, but since I have a thing for origami and jars, here is the result!

I filled each jar with either paper stars, straw stars, or origami cranes; all types of ‘small’ origami! The jar that sits in the middle is a bit unlucky though, because it’s obscured by the heart in front of it, but the overall look is nice. Now I wonder where should I put it? Should I hang it up or prop it against the wall somewhere? 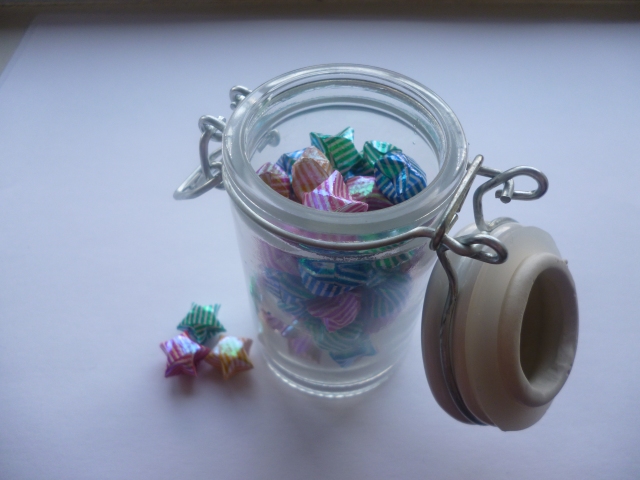 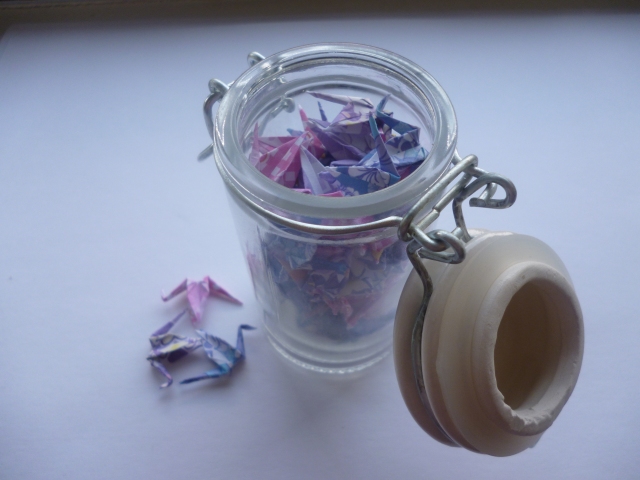