Making round ball plushies is fairly easy to do, and you can easily adapt the template to other objects. As my boyfriend is a Dragon Ball nut, I made him a One-Star Dragon Ball!

First I cut out a paper template of an eye-shaped oval, and cut out six pieces of this template in orange felt. Pin pieces together to sew them. 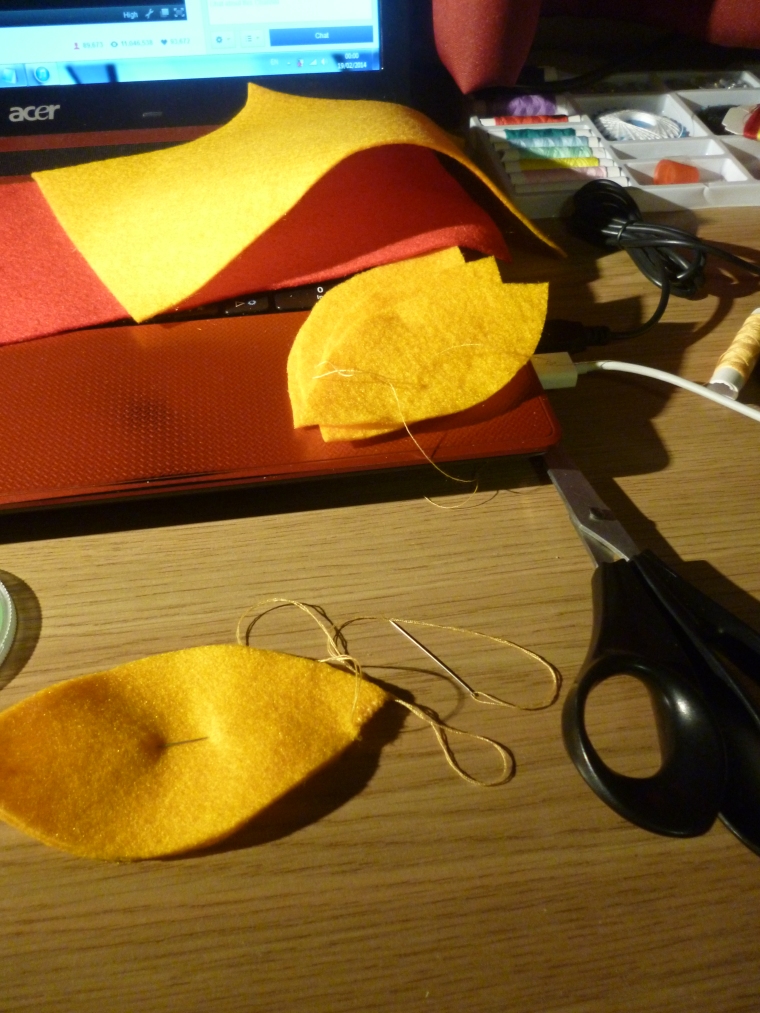 I opted for whipstitch because I like how it looks when the pieces are turned inside out. 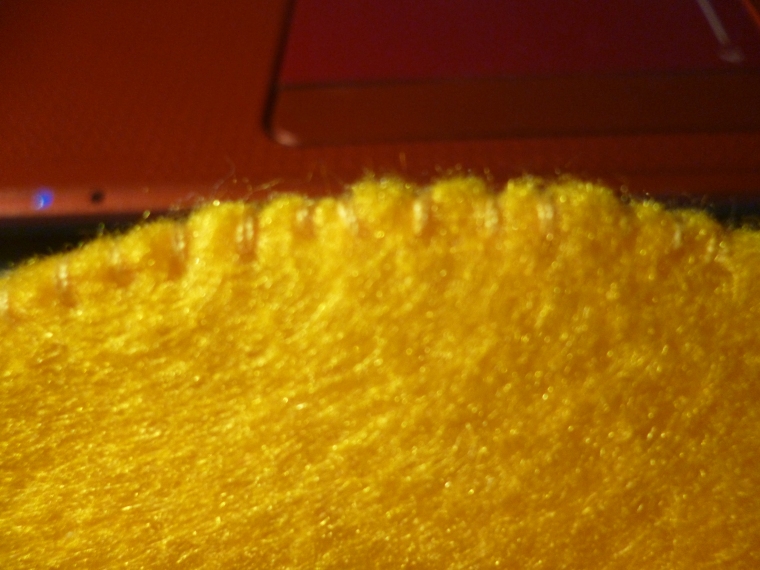 When you sew together the last edge, sew from the ends to somewhere in the middle, but not far enough to leave a gap. Cut out one small circle to cover one of the parts where the pieces meet and sew on with overstitch. 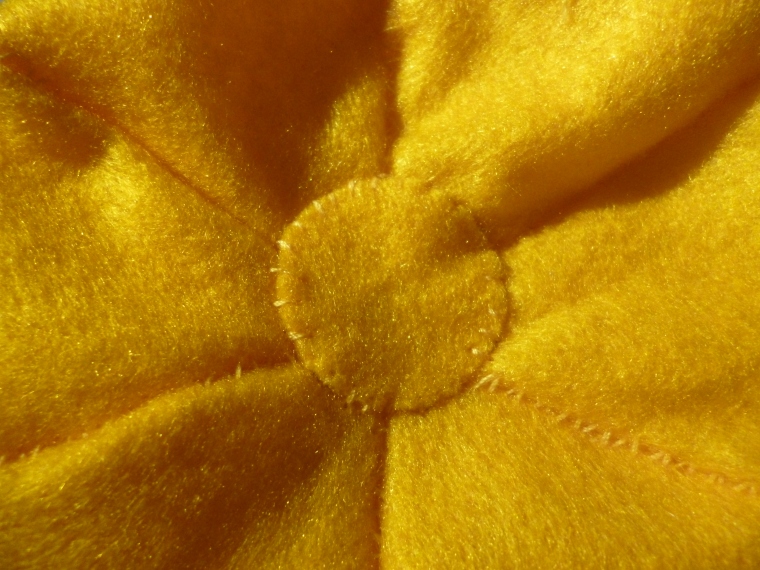 For the other side, cut out a star in red felt and sew on with overstitch. If you prefer a different Dragon Ball, add more stars obviously! I would have normally gone for the Four-Star, but I think my boyfriend has enough of that as it is, haha! 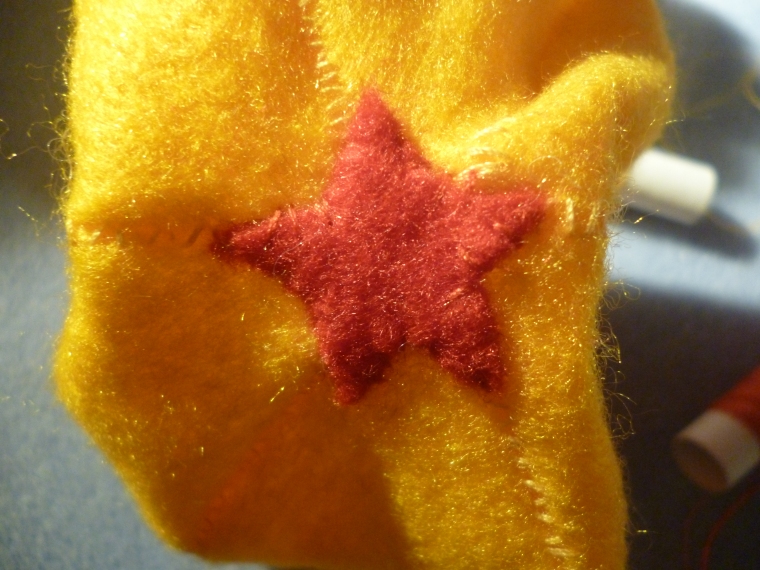 Stuff the plushie with stuffing now. I tried to stuff it as much as I could, but I couldn’t make it any rounder. It looks like a pumpkin. XD I’ll keep adapting this though and hopefully I’ll learn more techniques in the art of plushie-making. ^_^