It’s been almost two weeks since I moved into my uni room in Birmingham, and I’ve quickly gotten used to the routine now. I get up early every day, make lunch and then leave to catch the train in New Street. (I live off campus, sad life but at least I’m close to the Bullring!) And I’ve made some wonderful friends already, so I’m really happy about that.

When I moved in, I took with me no ornaments because I didn’t want to risk damaging them on the way here. Luckily I took with me my endless bags of paper! I set to work a few days ago to make something to decorate my room with.

I have a pack of paper called Spectrascope sold at Paperchase. It’s a paper pad of six of the seven prismatic colours, so I added in light blue from another paper pack. I wanted to make a rainbow vase! 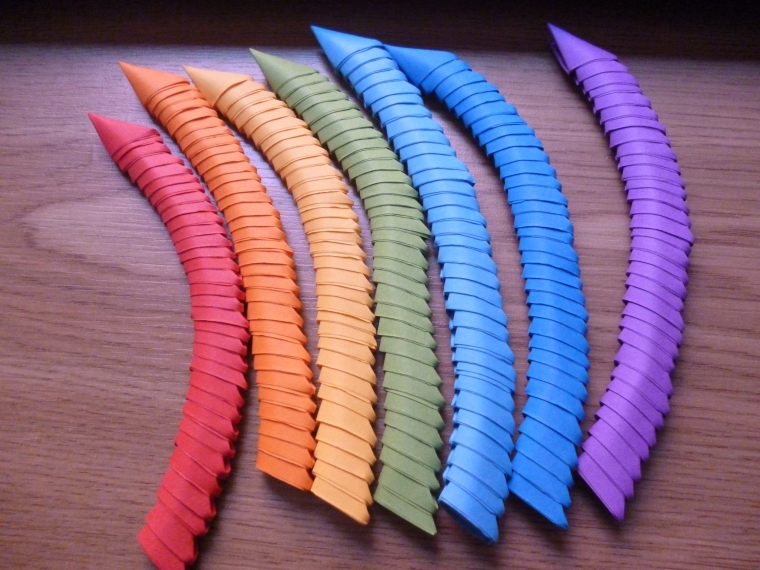 My vase has a base of 14 triangles. The bottom half of the vase is composed of twelve outward-facing rows followed by six inward-facing rows. Then I added two of each colour to make little spikes at the top.

It is optional to use PVA glue. I like using it because it makes the model sturdy and less likely to break. There’s really no reason not to use it in 3D origami. 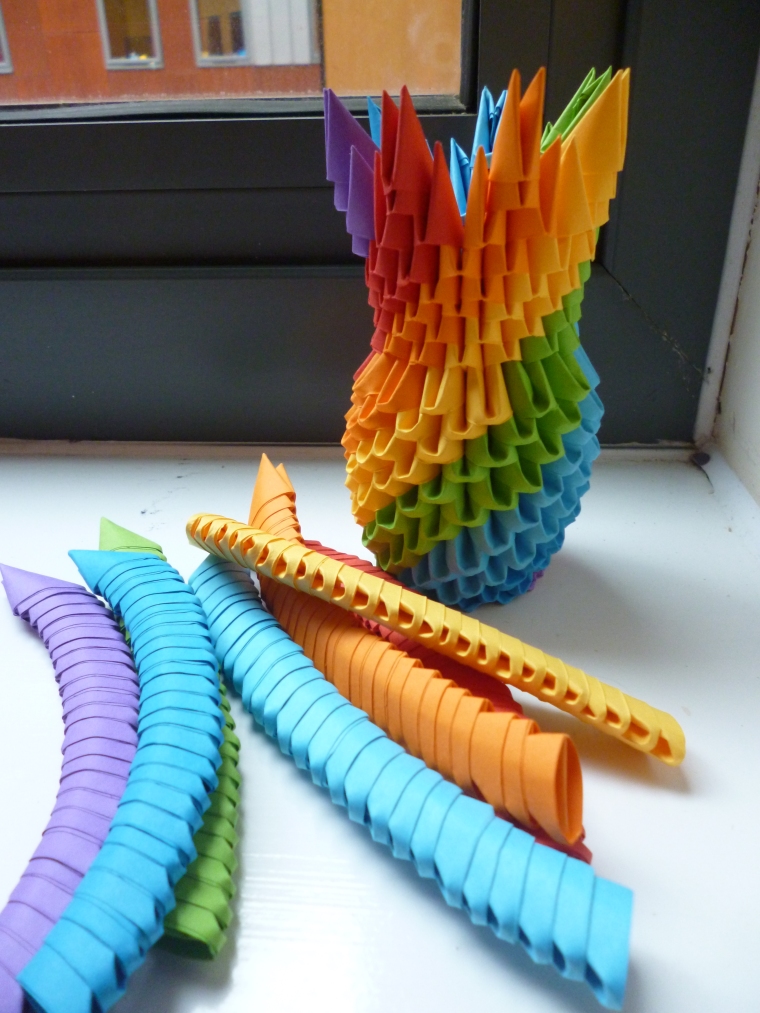 As you’ll know, I have a new-found obsession with Sato roses, so I just had to had a bunch for my new vase! 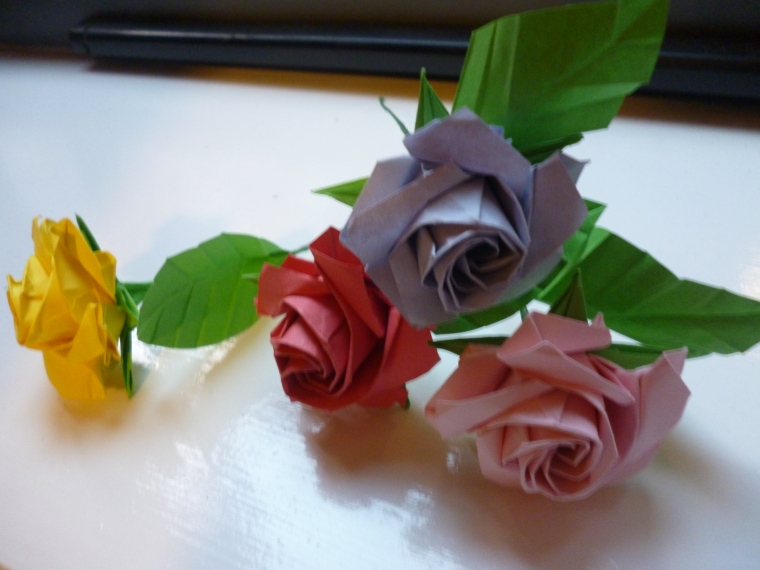 My little vase of flowers measures about 15cm high and it holds the four roses quite comfortably. It’s a very simple decoration, and the colourfulness of my vase adds a nice splash of colour to my room. My room faces towards the inner court so I don’t get much sunlight, haha. 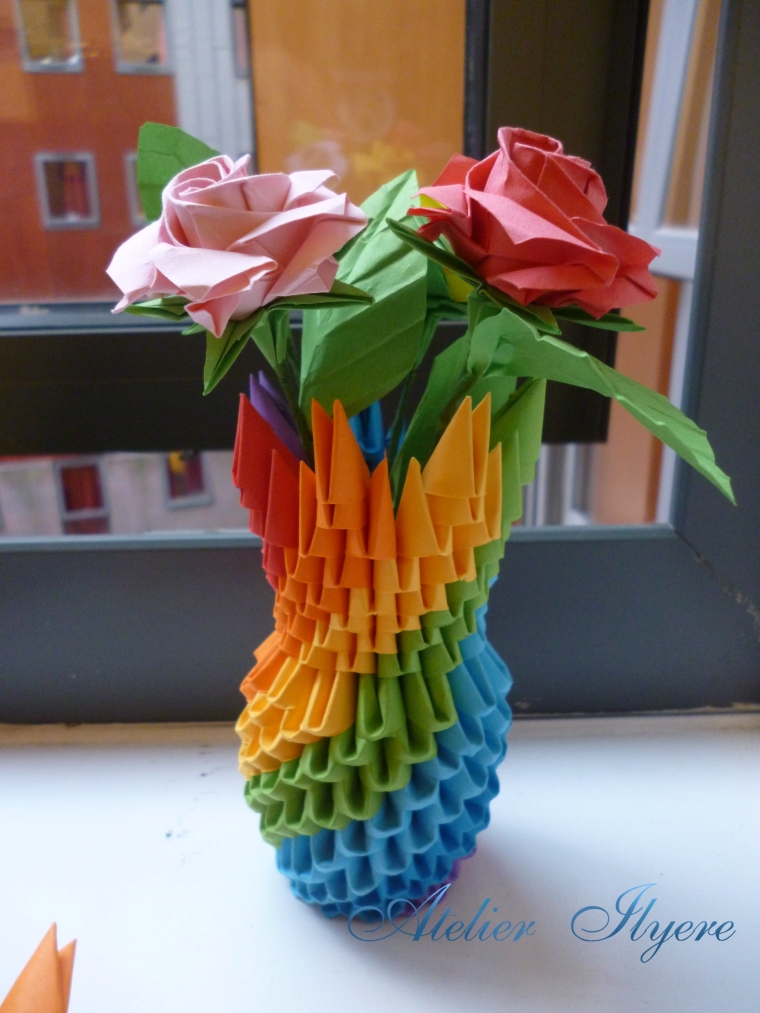